Students union of PSG Polytechnic College had started a new group named as "PSG Rover Crew and Ranger Team" during the academic year 2018-19. The inaugural function of this group was held on 28.12.2018(Friday) at 9.30am (Venue: I301) In the Inaugural function, Dr.B.Giriraj, Principal briefed about the various club activities under students Union and yet another team was added under the tree of Students Union, PSG Polytechnic College. He also explained that this group is attached with "Bharat Scouts and Guides" of India.

Mr. De. Sreenivaas, Assistant State Commissioner, District Commissioner of Coimbatore, Bharat Scout and Guide had been the chief guest of the function. He along with our Principal had inaugurated the start up of the group. He told that students may learn good life skills and achieve good career in their future by joining this group.  Mr. C. Natarajan, District Commissioner of Tirupur, Bharat Scout and Guide had also participated in the function.

Mr.D. Sakthi Kailash, Assistant Leader Trainer, (Rover Crew) of Coimbatore had instrumented the starting of this group at PSG Polytechnic College, Coimbatore. He briefed about different activities of Rover Crew (Boys) and Ranger Team (Girls). He also said that this is the first Ranger Team started at Coimbatore District. He also explained that team can achieve many awards up to Prime Minister Award within a year. Mr.K.Govindaraj, Lecturer, Department of Automobile Engineering will be the faculty advisor of Rover Crew (Boys) and Ms. K. Santhiya, Lecturer Department of Information Technology will be the faculty advisor of Ranger Team (Girls).  Finally Dr. V. Mohansivakumar, Chief advisor of Students Union, PSG Polytechnic College proposed the formal vote of thanks and ended  the inaugural function. 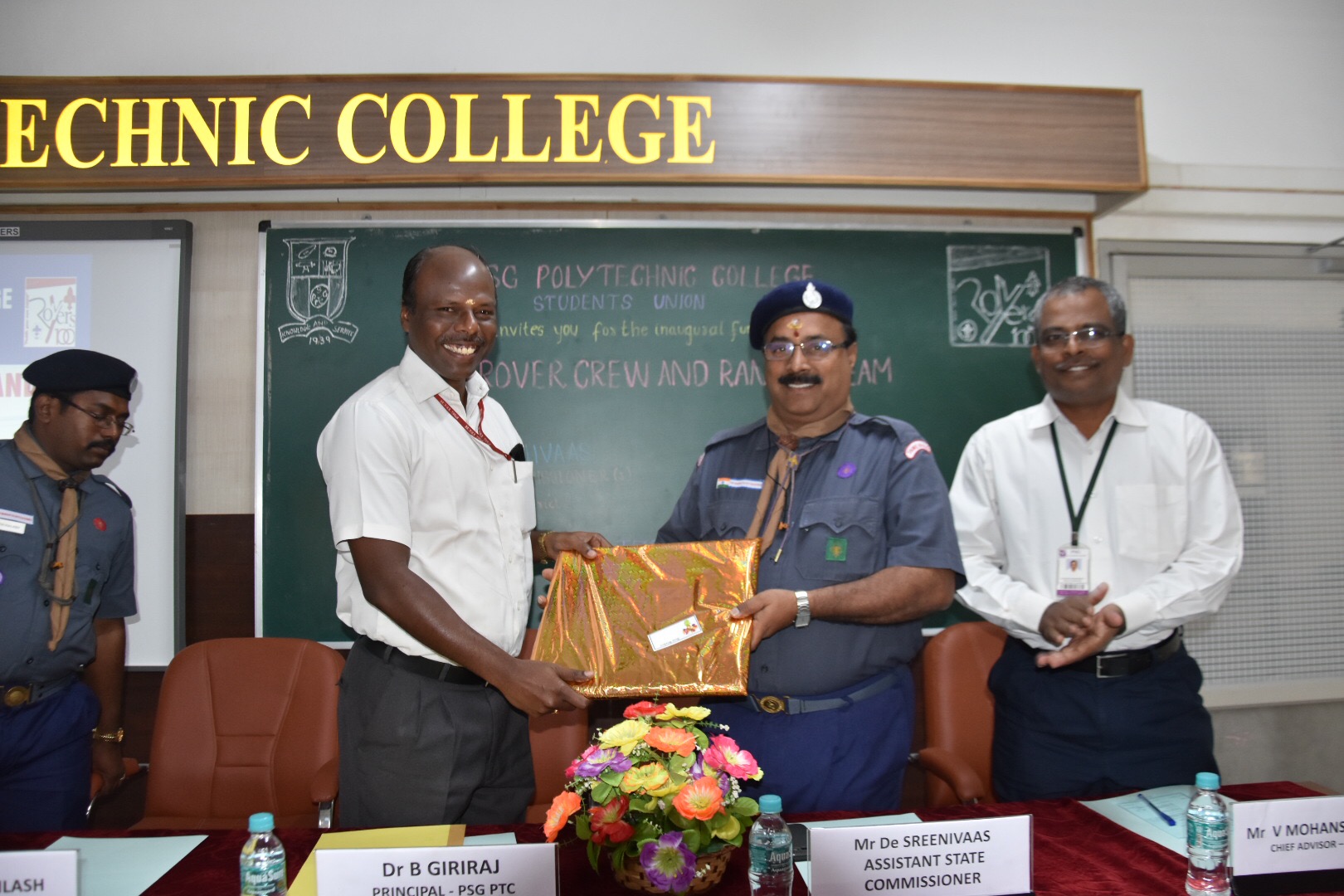 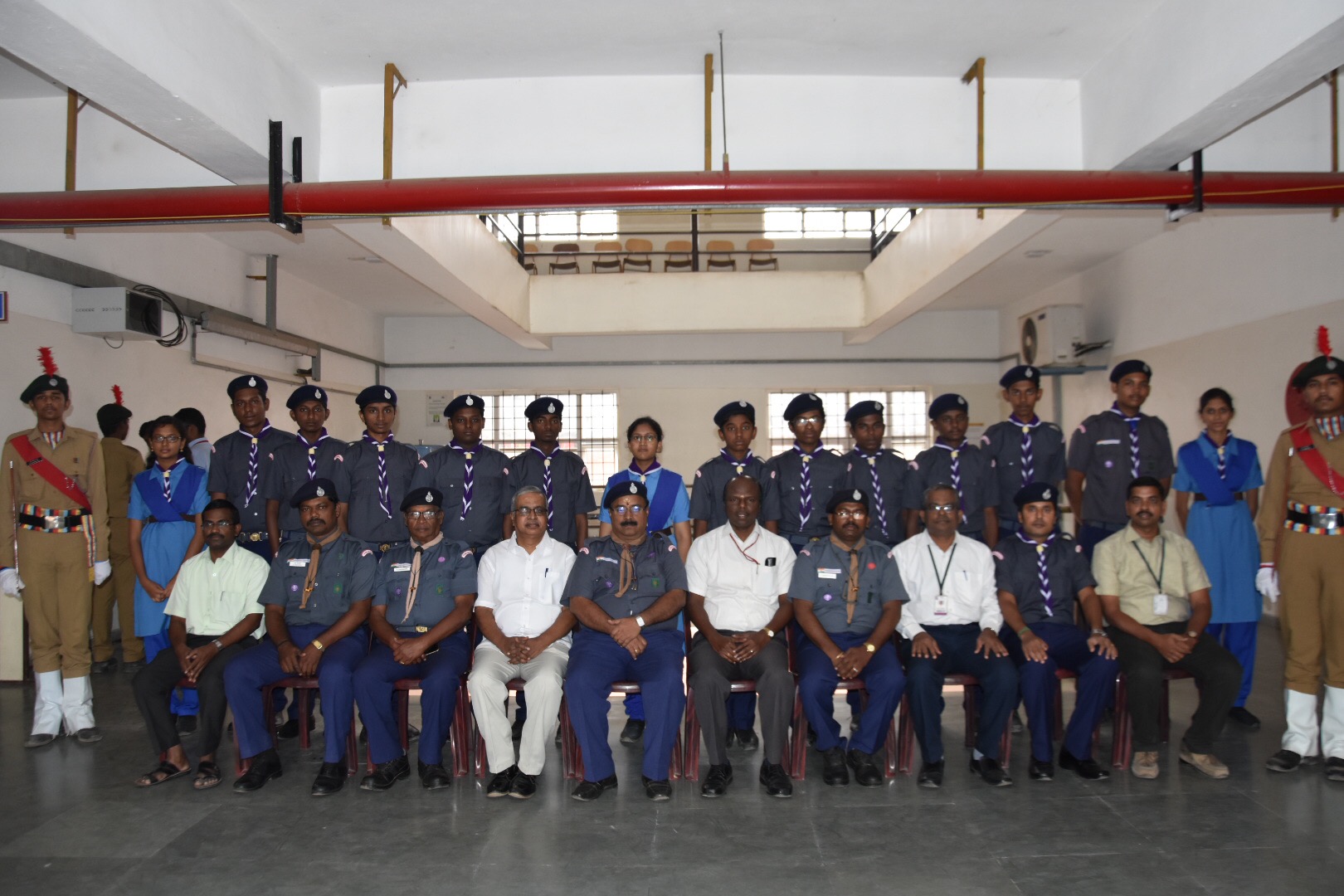 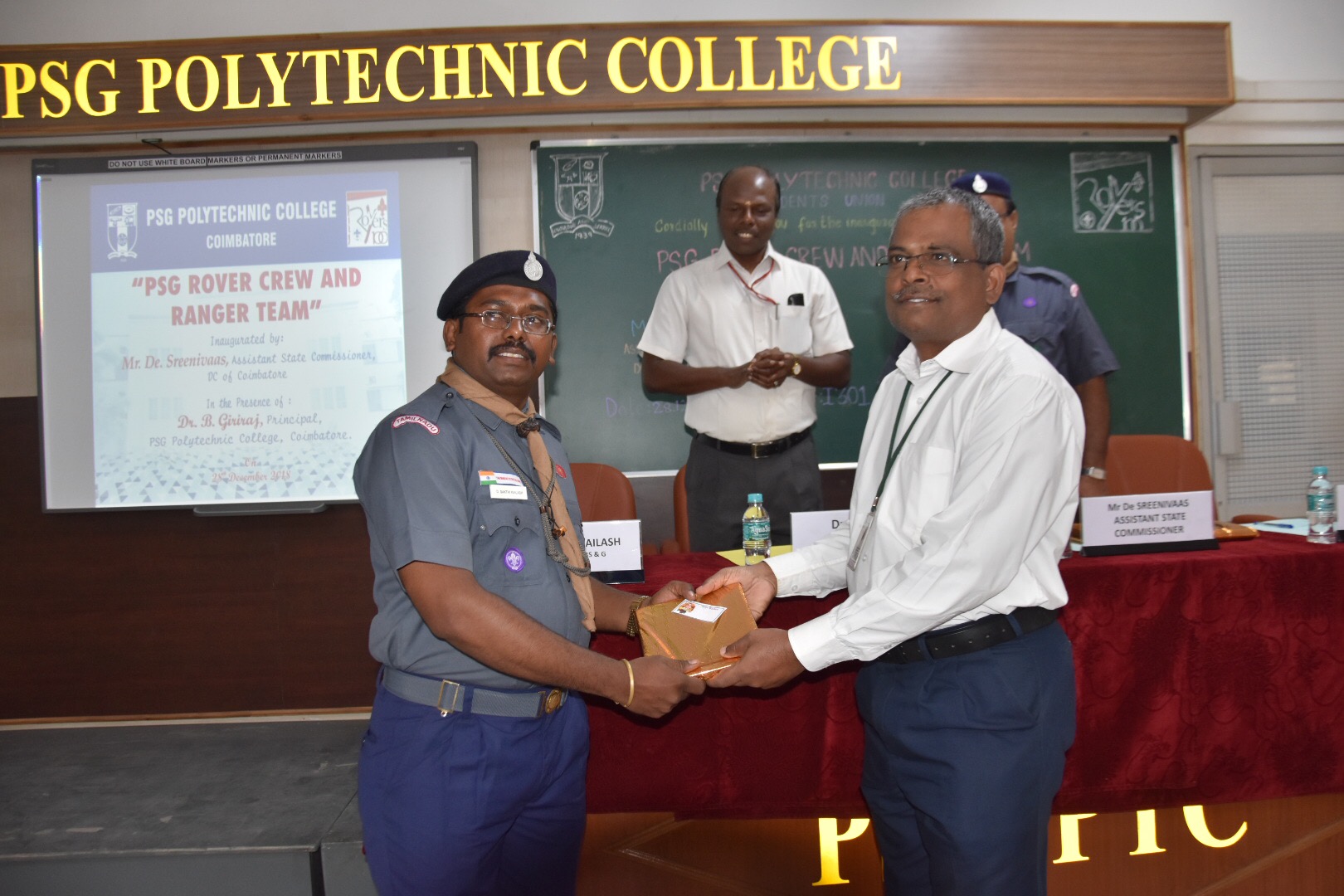 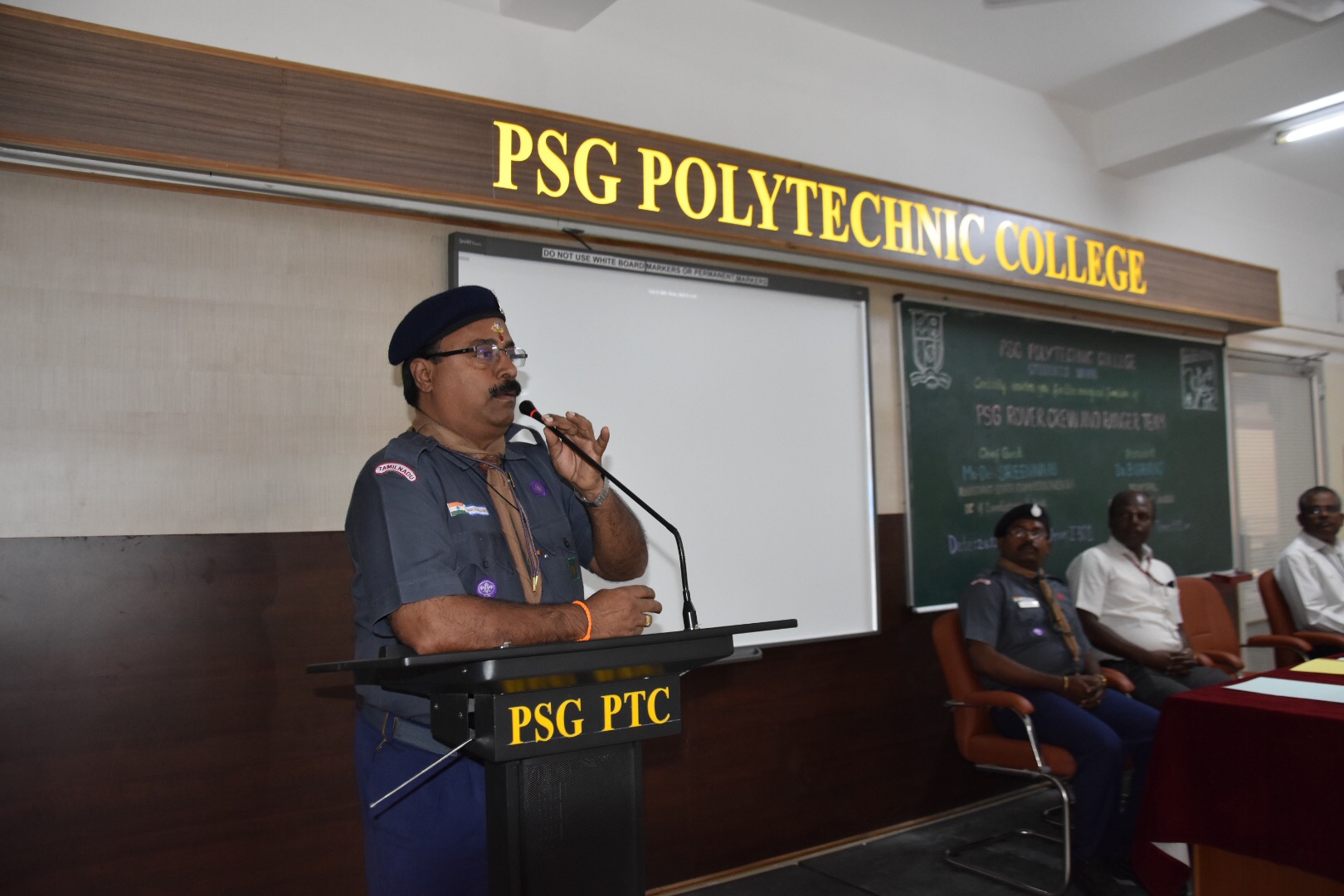 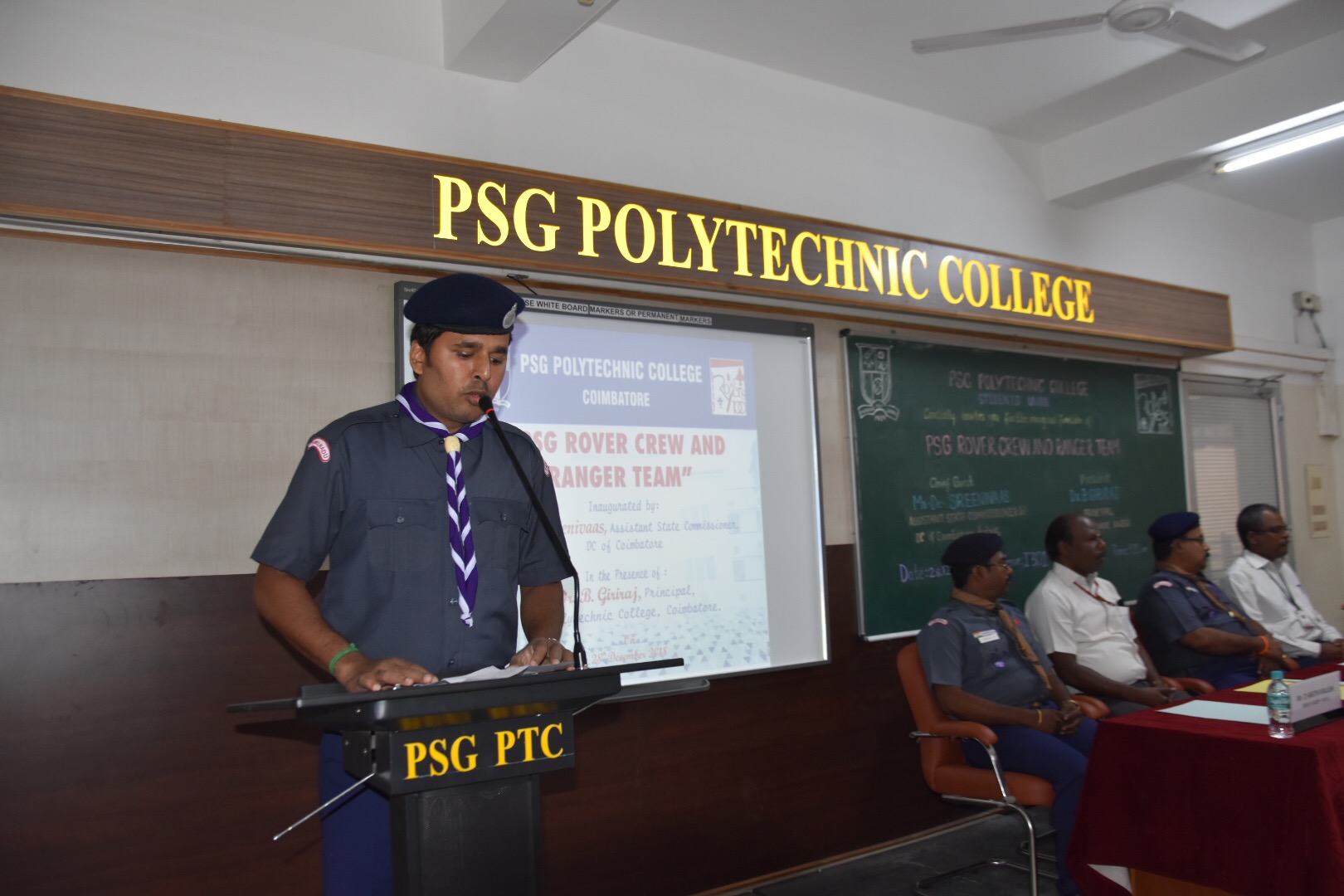 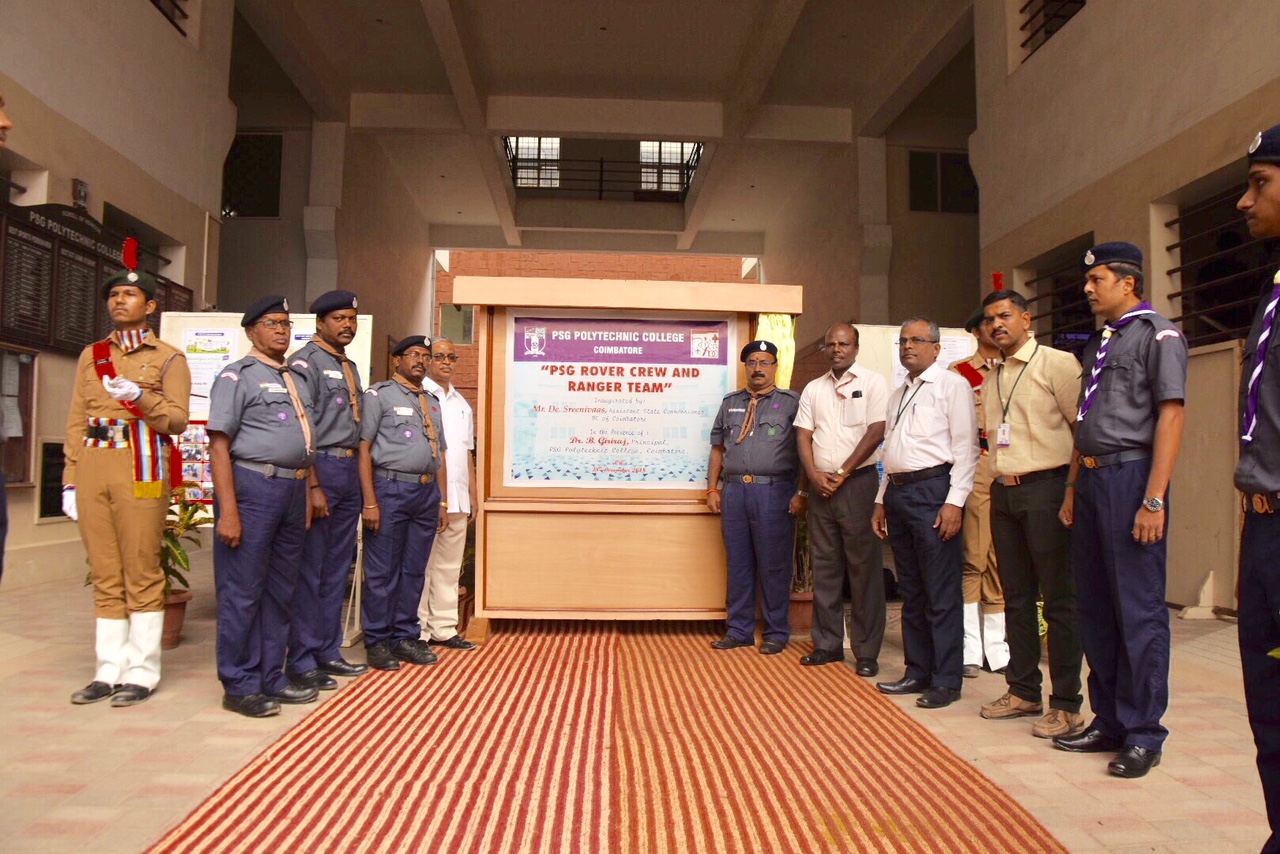 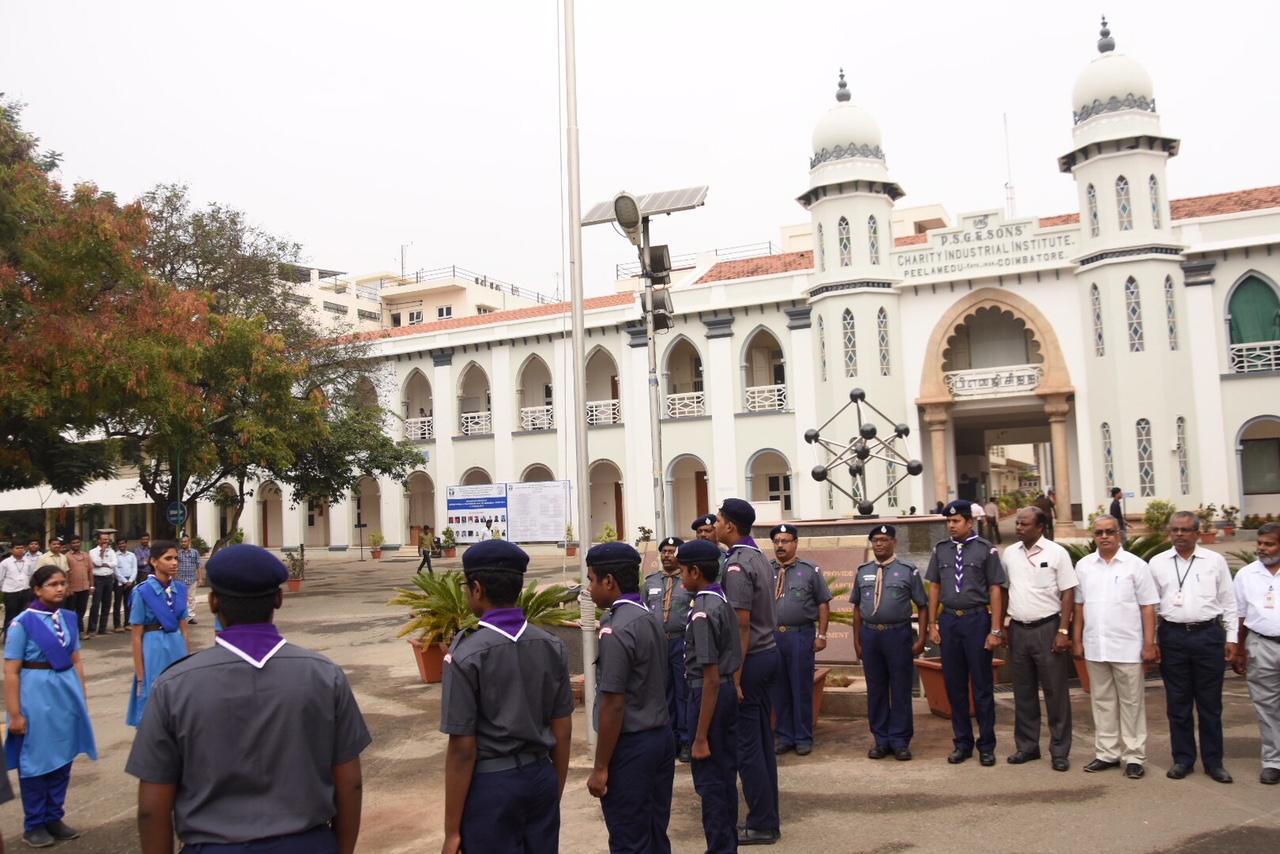